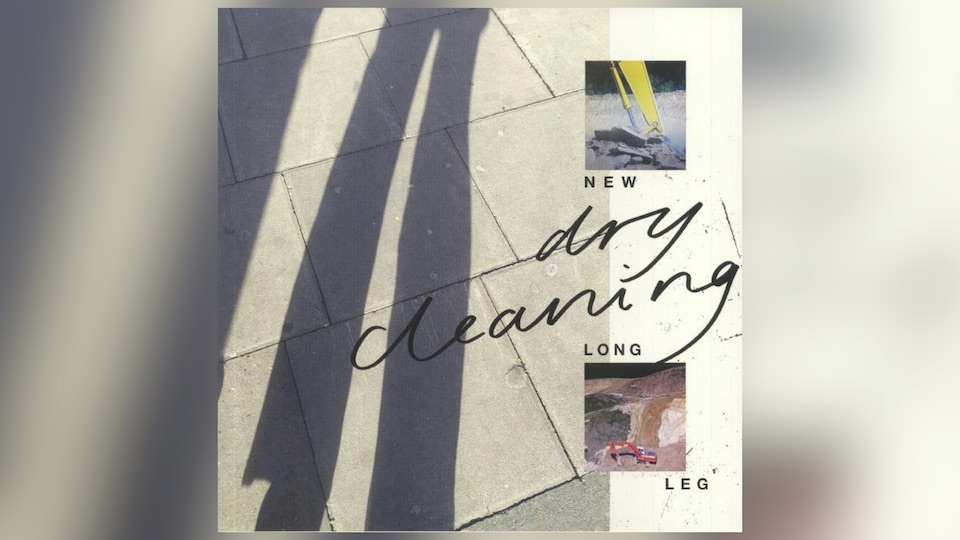 I have never been a “lyric man”. Don’t get me wrong, there are musicians whose way with words has stirred my emotions: obviously Dylan, Cohen and pre-questionable views Morrissey, Chuck D, Alex Turner (Arctic Monkeys) and how can I overlook the intricate wordplay of Cardi B and Megan Thee Stallion’s WAP. It is not that I don’t appreciate lyrics. It is just that melody and arrangement are the most important criteria when my brain decides what I like and words come second. For others they can play equal or even more importance. Each to their own.

So, the fact that Dry Cleaning’s fabulous debut New Long Leg, released in April on 4AD, attracted my attention for its words is a rare occurrence. The first time I heard of Dry Cleaning was when I caught Scratchcard Lanyard on BBC Radio 6, the title alone alerting me to something different, two unconnected words co-habiting a title that is totally meaningless and yet…scratchcard lanyard…yes, they belong together. It sticks in your head.

Here are some random lyrics. “I just wanted to tell you I've got scabs on my head” (Strong Feeling), “It's a Tokyo bouncy ball/It's an Oslo bouncy ball/It's a Rio de Janeiro bouncy ball filter!” (Scratchcard Lanyard), “His shadow looms around/A feeling of bees' legs on my face” (Her Hippo), “Someone pissed on my leg in the big Sainsbury’s” (John Wick) and so forth. I know, I know. They don’t make much sense, yet somehow these snowballing non-sequiturs make total sense. Take the last lyric, specifically “big Sainsburys”. It is a phrase in common parlance because most towns in the UK have a large branch of the aforementioned supermarket and smaller branches dotted around, so we tend to specify exactly which one we are rushing to because we forgot to buy the dog food. No, you wouldn’t find it in a Joni Mitchell or Bob Dylan lyric, but that’s beside the point. It kind of makes me laugh and inexplicably, makes sense.

The bizarre lyrics, not dissimilar to the manner in which Bowie famously wrote down words and phrases, cut them out with scissors and then rearranged them in random order, are the warped brainchild of vocalist Florence Shaw. Shaw is actually a visual artist, and in 2017 she was persuaded by school friend and guitarist Tom Dowse to join his group on condition that she didn’t have to sing. Instead, she narrates the lyrics in a very deadpan, wan, vaguely disinterested and occasionally mocking tone, as if vocalizing thoughts running through her mind. The effect is hypnotic. The listener wonders what she is going to utter next, constantly startled by the non-sensical juxtapositions.

Another factor that makes it work is that the lyrics are laid over some razor-sharp backing of slightly funky drums, deep fat bass not a million miles away from Peter Hook and slashing guitar riffs. The sound is crisp and angular thanks to sterling production work by John Parish (PJ Harvey, Eels and many others.) So good is the backing, that I often found myself conjuring melodies and imagining what it might sound like if they’d employed a singer. It would have been great, but not unique.

New Long Leg will appear in all the album of 2021 charts, trust me, and though it is not to everyone’s musical taste, do take a look and listen to the promo video for Scratchcard Lanyard, which in itself is simple and ingenious, or alternatively, search for the live version on Jools Holland that is perhaps even better than the recorded version, and you could admire Florence staring blankly into space telling us that she has come to join a knitting circle.

I was thinking of a wine containing two dissonant grape varieties that works. I couldn’t think of one, so why not actor-turned-dilettante winemaker John Malkovich’s 2017 Les Quelles de la Coste, a blend of 60% Cabernet Sauvignon and 40% Pinot Noir. Does it work? Let’s just say, not as well as Dry Cleaning’s wordplay.