What is there left to say about Radiohead? The Oxford quintet is the most influential band of my lifetime. No act has followed such a long evolutionary arc without ever selling out or kowtowing to fashion, whilst conquering the UK and remarkably, the United States. Their inauspicious debut (Pablo Honey) was merely the fumbled launching pad for a string of seminal groundbreaking albums (The Bends/OK Computer), an audacious musical volte-face (Kid A), a prescient music industry one-finger salute (In Rainbows) and spectral late career comedown (A Moon Shaped Pool). To understand their greatness, listen to the monumental OK Computer outtake “Man of War” and reflect upon the fact that they chose not to release it for two decades because it was too similar to their previous album.

Clichéd as it is, I have been there from the beginning. They played not once but three times in my final year at University of Warwick in 1991/1992 to a couple of hundred beer-sozzled students. During one gig, rather than joining the audience, I shot some pool with a girlfriend, suggesting we lean over the balcony upon hearing the opening chords of their only decent song. “You might like this one,” I said as I potted into the far corner. “It’s called Creep.” I bought their first records from the debut Drill EP onwards, each one now worth a small fortune. I remember driving back to London late one night, pulling over into a layby upon hearing the debut airing of “Paranoid Android”. So this is what it was like to have heard “Strawberry Fields” or “Bohemian Rhapsody” for the first time. (That same year, I had a bizarre encounter with the entire band in a branch of Muji in Covent Garden. Maybe Thom Yorke searching for a cheap sweater or bamboo pencil case? I was too nervous to approach them.) I witnessed their marquee gig in Victoria Park following Kid A and I might have been the only person who opened their wallet to pay for the In Rainbows vinyl box set, despite not owning a turntable. “There, There” was the maiden Album of the Month on Wine-Journal back in June 2003.

Ever the objective critic, Radiohead has released their own share of disappointments and lackluster records. Nobody is perfect. This includes Thom Yorke’s solo albums. The avant-garde, Warp-inspired glitchy electronica of “The Eraser” and more so “Tomorrow’s Modern Boxes” came across cold and rather pretentious, works of art to be admired instead of enjoyed, occasionally self-satisfied by their own obliqueness. Their inadequacies were made more apparent by the heart-rending pathos of A Moon Shaped Pool. Yorke’s solo work contained nothing remotely as affecting as that album’s “Daydreaming” or as visceral as “Burn the Witch”. 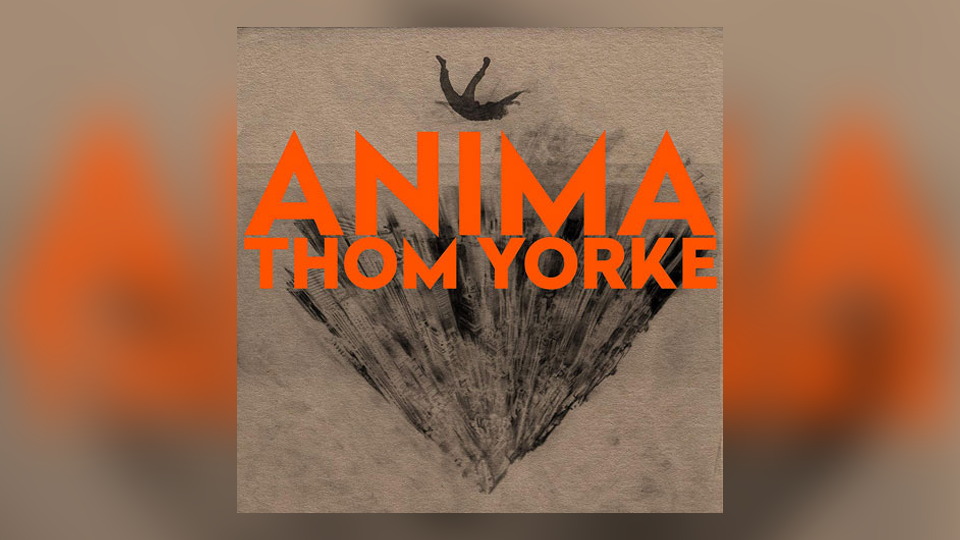 I write this review the day after York’s third solo album began streaming. There was little fanfare, forewarning limited to some odd posters that appeared on the London Underground a couple of weeks ago. Then came news of a Paul Anderson Thomas directed short-reel film, presaging the release of ANIMA. Though already written and ready for publication, I decided to bump my intended musical recommendation to next month. The reason is simply that “ANIMA” is Yorke’s best solo album to date, more a companion piece to A Moon Shaped Pool than a follow-up to his solo work, despite only fleeting contributions from members of Radiohead.

It is ostensibly a collaboration between Yorke and long-term producer Nigel Godrich, who spliced and looped collages of sound, returning them to Yorke to add melodies and vocals. ANIMA succeeds in several areas where his solo work comes up short. Firstly, there is much more coherence across the nine tracks, 10 if you buy the vinyl edition. The music flows from one song to the other. Secondly, there is much more warmth. Synthesized sounds, warped, diced and looped by Godrich, feel less atonal and less impenetrable than before. Two or three listens and you begin to lose yourself in the soundscapes that invite you in rather than push you away. Granted, it is challenging to listen. ANIMA ain’t gonna get the party started. The leitmotifs of technological dystopia, presciently aired in 1997’s OK Computer, continue on this album, the fear of the digital age controlling our lives, subjugating mankind a hallmark of nearly every album Thom Yorke has ever made. I am sure he does not have Alexa in his house. Yet ANIMA includes some of Yorke’s most personal lyrics that he has ever recorded, not least on “Dawn Chorus”, many fans’ favorite unreleased Radiohead track, where Yorke sings in hushed tones: “In the middle of the vortex, The wind picked up, Shook the soot from the chimney pot into spiral patterns of you, my love.”

Listen to the throbbing atonal opening of “The Axe” that envelops Yorke’s vocals and elevates rather than smother them, the affecting repeated refrain of “I though we had a deal” worming its way into your head – one of the few hooks in the entire album. “Twist” is founded on waves of swirling sound over a skittering drum pattern. Here, Yorke’s ominous and foreboding vocals, normal and falsetto, blend into the sweeping crescendo at the finish. “Last I Heard (He Was Circling The Drain)” contains ANIMA’s the most analogue sounds, reminiscent of Wendy Carlos pioneering work from the early 1970s, notably in “A Clockwork Orange.” (Writing that, I dreamt of Radiohead composing the soundtrack to a hypothetical Stanley Kubrick movie – what a perfect marriage.) It is not all synthetic sound. Check out that killer serpentine bass line of “Impossible Knots” - it is almost funky. Or the strings on closer “Runwayaway” that includes a host of rather spooky samples, perhaps a hangover from Yorke’s excellent soundtrack for horror flick “Suspiria” released last year. “I Am A Very Rude Person” merges spectral choirs with processed guitars, perhaps a track that could have been part of OK Computer. It includes Yorke’s funniest lyric: “I am breaking up your turntables, Now I’m going to watch your party die”. “Not The News” sounds like a space invader game suffering an existential crisis and boasts some of Yorke’s most affecting vocals.

If, like many, you pray each night that “A Moon Shaped Pool” does not turn out to be Radiohead’s farewell, then take a listen to ANIMA. Despite having already composed numerous works of genius over the years, Yorke’s muse has not left him. He is still pushing boundaries, never resting, politically outspoken when many musicians remain dumb and mute. Radiohead/Yorke’s musical path is one that I often compare to Talk Talk/Mark Hollis, a huge influence on the band. The difference is that the late Hollis had had enough of the music business and disappeared from public life, whereas Yorke has become more prolific than ever. Thank God for that.

Continuing my vow to buy vinyl, I have ordered the deluxe edition of ANIMA directly from the record label: two orange-twelve inches plus a beautifully made hand-stitched book of lyrics and drawings printed on Italian Fedrigoni material paper (no idea...but it sounds nice) and an extra track (no idea yet...but I am sure it will sound nice). I have to wait until July for it to arrive. Presumably either Thom or Nigel are busy sewing the book, hence no photo of the disc spinning on my turntable.

If you play “Last I Heard (...He Was Circling The Drain)” backwards you can actually hear Thom Yorke singing “1985 Langoa Barton”. Fact.