Albums of the Month 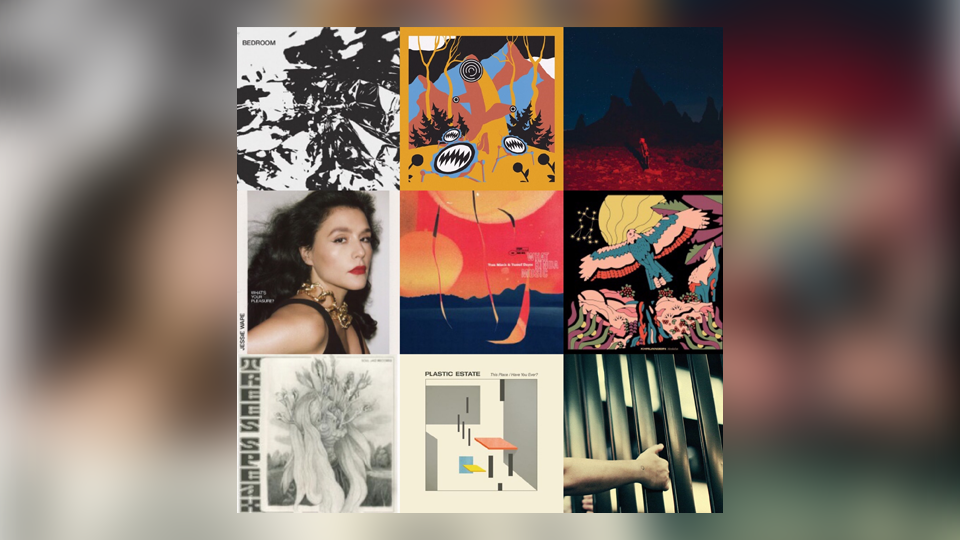 In a change to our scheduled program, instead of a single album, such is the flurry of wonderful music popping up in an industry that badly needs support that this time around, I send several music recommendations Vinous readers’ way. When the world goes down the pan, it seems to stir creativity in any art form, not least music, which has helped me through the current crisis, as it has countless others. Now is a great moment to seek out new bands, particularly here in the UK, which seems to have rediscovered its musical mojo in 2020.

First up is a young Leeds/Hull-based band, bdrmm, whose debut Bedroom is released on the Sonic Cathedral label. Both band and label came to my attention via last month’s indispensable Record Collector magazine (highly recommended). Bdrmm’s inspiration is shoe-gaze, the hypnotic wall of droning guitar with melody squirted on top that garnered as much praise as opprobrium in the early Nineties, from groups such as Ride, Chapterhouse and Slowdive. The music press ridiculed much of shoe-gaze, journalists clutching at the idea that music had to be labeled “cool” and “uncool.” Those once-derided bands are now seen as inspirations for new artists and finally receive due respect. Check out bdrmm’s recent single “Happy,” which pilfers The Cure’s Disintegration-era guitars and mixes them with Krautrock drums and vocals marinating in reverb. I expected a great deal from bdrmm’s debut album and they surpassed it. Leeds/Hull seems to be a hotbed of talent at the moment. From the same part of Yorkshire is Team Picture, whose The Menace of Mechanical Music came out on Clue Records in June. Soaring synths, spectral guitars and out-there vocals are the order of the day. There is a wonderful clarity in terms of sound, and though the album is pretentious in places, there is nothing wrong with that.

An album splattered head-to-toe in glowing reviews is singer-songwriter Phoebe Bridgers’ second album Punisher. Her confessional lyrics are sublime without being mawkish and are welded to some of the most gorgeous heartbreaking melodies you will hear in 2020. Alongside Bedroom, it is one of the albums of the year. Ditto Jessie Ware, who last month released a diamond of a sophisto-pop album with a fourth long-player, What’s Your Pleasure? One of the most consistent records I have heard in a very long time, its pulsing disco beat is never far away and yet the musical palette is wide-ranging, even cinematic in parts. It’s also quite saucy in the way that, say, Alison Goldfrapp lets you know she’s got the horn without being explicit. Ware is blessed with a naturally strong and affecting voice that imbues every track with soul, and the production by James Ford of Simian Mobile Disco at times is breathtaking. Just listen to standout “In Your Eyes,” all throbbing synths and sweeping strings, or the Seventies retro vibe of the closer, “Remember Where You Are,” which sounds exactly like Janelle Monáe. Why the hell isn't she singing the next Bond theme?

Next is an album that I missed when it came out in April but have had on constant rotation recently: What Kinda Music by Tom Misch and Yussef Dayes. Spawned from the South London jazz scene, this collaboration between producer and drummer resulted in an enticing immersive blend of electronica, acid jazz and hip-hop, veering toward what you might describe as a funked-up version of In Rainbows–era Radiohead. Next time someone asks what kinda music you’re into, reply What Kinda Music. Talking of mashing up disparate styles of music, Mordechai, the third album from bewigged Houston trio Khruangbin, is well worth wrapping your lugholes around. A mélange of Thai funk, African rhythms and dub, theirs is a dizzying array of musical styles that coalesce into something that could be messier than Brexit, but instead sounds both familiar and original. I stumbled upon single “So We Won’t Forget” with its Studio Ghibli/Totoro-inspired tearjerker of a video that showcases Mark Speer’s intricate fretwork deftly interwoven into Laura Lee Ochoa’s dreamy vocals. Definitely cool, but learn how to pronounce their name first. I believe it’s Thai for “airplane.”

Hey, Vinous reader! Do you miss the good old days of Can, Faust and Neu? Thought so. Fret no longer, because Trees Speak has released a wonderful Krautrock-inspired album called Ohms, chock full of metronomic Motorik beats, woozy Moog sounds, cosmic arpeggios and passages that could soundtrack a mid-Seventies European slasher movie. Yeah, Ohms is a bit scary to listen to and might induce flashbacks to that bad trip you suffered during Hawkwind’s set at Glasto, but it’s also rather ace and is rubber-stamped “COOL.”

Or maybe you yearn for some early-80s-inspired analog synth – you know, OMD or early Factory Records? Plastic Estate is Nicholas James and Stanley Fouracres, and the duo have just released 300 copies of their debut 7-inch “This Place.” So retro that it could have been lifted from the end credits of The Breakfast Club, it sounds familiar and yet is brand spanking new. Finally, how about some glacial dreamy electro that challenges gender nonconformity? Check out transgender Australian DJ/producer Simona Castricum, whose music I discovered on Bandcamp. Her Panic/Desire will bring back memories of losing your mind in some smoky warehouse on the outskirts of Margate. Standout “Supertouch” is one of my favorite songs of the year.

I could go on, but I will leave it there.

Keeping to the theme of the new, why not open a bottle by a fresh young winemaker who’s just starting out or a grape you have never tasted before, maybe a country whose wines you have always bypassed. Take a listen to the music choices with a new wine for the new you.