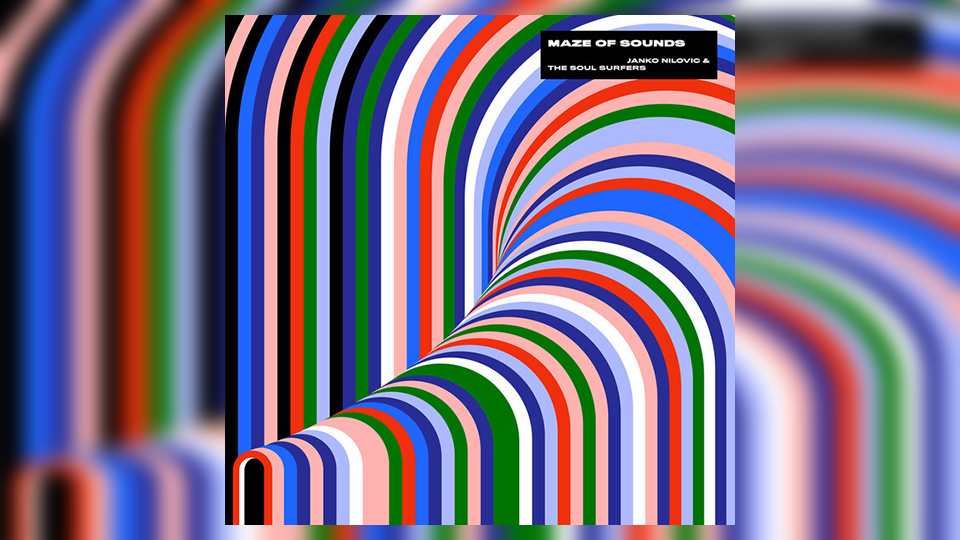 Music is a giant iceberg. How much you want to see depends on you. The majority is happy to unfold a deckchair and see what is only above the ocean, that is to say, the music that sound-tracked our youth and musical genres within our comfort zone. Human beings tend to be conservative by nature, increasingly more so as we age, to the point where musical inquisitiveness fades to nothing. We switch off and discriminate anything new because, as the old adage goes: they don’t make music now like they did in my day.

Not everyone is wired that way. Some never lose the urge to explore unchartered musical waters and forage for new sounds. They make a concerted effort to understand and appreciate less familiar musical genres, maintain their broad music horizons. Not content to sit on the ship deck and view the visible part of that musical iceberg from afar, they put on a diving suit and swim in dark waters exploring as much of that iceberg as possible. You never know what we might find. That never-ending quest is part of the pleasure, and the Internet has made exploring easier than ever. There are no gatekeepers, and we enjoy unlimited access. The downsides are twofold. Firstly, there is a lot of unnecessary noise to filter and dross to wade through. Secondly, you quickly realize that even with a voracious music appetite, you listen to a fraction of all the incredible songs in your lifetime.

I use a multi-pronged strategy. I listen to the radio. I allow Spotify off the leash and let it wander to see what it brings up - it has a knack of shoving good music in my path. I act upon friends’ recommendations including the music thread on the Vinous forum. I trawl through magazines such as the indispensible Record Collector or sites such as Pitchfork. And I particularly like the New And Notable section of Bandcamp - a great way to access cutting edge contemporary music, where predominantly new artists upload music and allow those like myself to support them via limited editions of physical copies.

Bandcamp is how I discovered this month’s album recommendation.

Having just finished another few hours editing 2019 Burgundy notes, I needed some downtime. I put on my metaphorical diving suit to see what had been loaded onto New and Notable. The dazzling cover art of Maze of Sounds was the first thing that caught my eye, almost worth owning for that alone. I clicked the link and was instantly entranced. The instrumental music sounded as if it was recorded in the early 1970s, the soundtrack to cult European B-movie. It was hypnotic, unsettling and yet soothing.

I needed to know more. Who was Janko Nilovic? Like me, you probably have never heard of him, but you may well have heard his music without realizing.

Let me explain. Since the Stone Age when man first picked up a tyrannosaurus bone to beat a rhythm on a rock, music had been created because we take pleasure in its creation and consumption. For professional musicians, a song serves as a means of self-promotion. For example, Paul McCartney wrote "Yesterday" because the tune popped into his head and in turn it promoted his band. This principle applies to nearly all types of music because musicians seek as wide an audience as possible. But sub-genre known as library or stock music is anomalous since it extricates artist/composer from song. The music is incidental. It could be used in a television documentary in order to create a feeling or conjure a historical period of time. It could waft through the speakers of a department store. It might be used for a commercial or simply to fill an uncomfortable silence in an elevator or being put on holding. It enables anyone to license music without commissioning an artist or paying royalties. This off-the-shelf music can be used and put back or maybe never used at all. Before the Internet made this all available at the click of a download, labels such as Gemelli in Italy, KPM in the UK and Editions Montparnasse 2000 in France issued innumerable vinyl albums of library/stock music, often in identical plain generic sleeves.

Most library music is ephemeral by nature: instantly forgettable muzak all panpipes and flutes, innocuous bossa nova rhythms and soporific chord changes, schlock approximations of whatever was in vogue at the time, often veering towards light jazz, easy listening or disco. Within this nebulous underworld, the sheer number of composers netted a handful of talented individuals that were unmotivated by fame, but relished its creative freedom, free from having to produce a hit single to appease their record label. As time passed, crate diggers began scratching away the anonymity of library music and a cluster of names began to attract cult followings, as hip-hop producers mined this untapped trove to use as breaks and samples. Janko Nilovic was one of them. He recorded numerous library music albums under his own name and several pseudonyms for Editions Montparnasse 2000 from the late 1960s. Born in 1941 of Greek and Montenegrin descent, he grew up in Turkey and moved to France in 1960, trained as a pianist, played in the musical Hair and enjoyed a successful career providing music for television documentaries throughout the 1970s and 1980s. In the 1990s, no less than Dr. Dre and Jay-Z began to sample Nilovic’s recordings, the latter winning him a Grammy, thereby sealing his reputation as one of library music’s unlikely heroes.

The recently released Maze of Sounds shows that the 80-year old Nilovic has lost none of his touch. Together with ace Russian funk/soul group The Soul Surfers, they have produced a sublime album whose brevity, just eight songs clocking in less than 30 minutes, is compensated by sheer quality as demonstrated by the link below that shows a live studio performance of the title track. They make it look so easy: the clarity of that funky spidery bass line and the jazz-tinged drumming, those hypnotic wood blocks going tat-tat-tat and of course, Nilovic’s nimble fingers prizing out the melody on his beloved Hammond organ. Everything interlocks perfectly together. "Sweet Path" utilizes Slavic multi-tracked voices and strings draped over laid back soulful groove whilst Wavy is built around a gorgeous piano melody. I could understand why someone might describe this music as bland of beige, but it contains that certain je ne sais quoi. There is something a bit woozy and dreamy about the sound that I love. It’s got soul.

As customary these days, I ordered a copy on vinyl, not just for the music but, as I mentioned, the fabulous cover art. Broc Recordz in France has pressed just 500 copies, available through Bandcamp. It will provide perfect incidental music for when I am trawling my way through those aforementioned Burgundy tasting notes, or simply relaxing and appreciating the music itself.

Now, I’m finished, time to take off that diving suit. I’ll put it on again tomorrow to see what else there is to discover.

Post Publishing Note:
Janko Nilovic read this review and told me that he is partial to a glass of Bordeaux. So how about a bottle of 1996 Pichon-Lalande that is drinking beautifully at the moment?