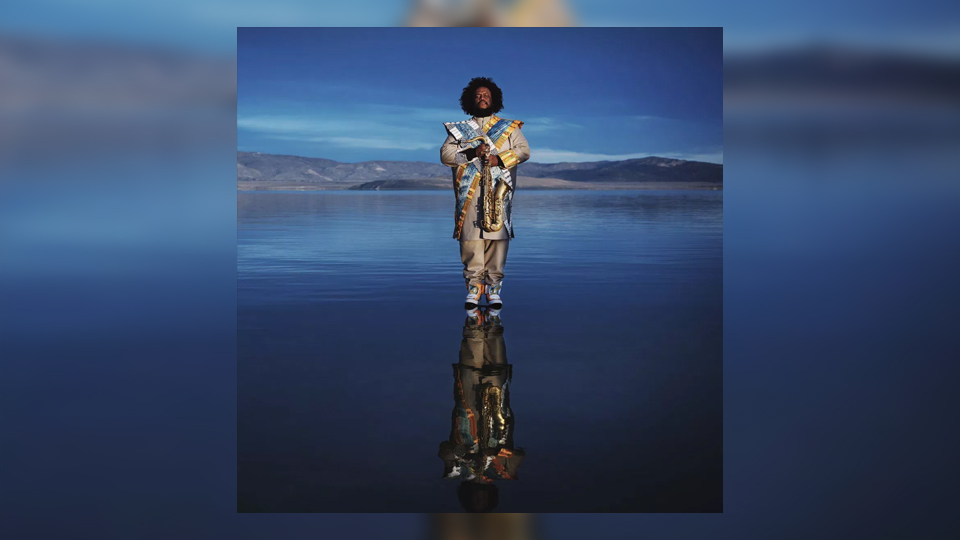 Don’t like jazz. To these ears, jazz sounds like random notes played by a five-year old who has stumbled upon a broken saxophone whilst his best mate dismantles a xylophone. You know, I had a friend in Berlin who forced me to listen to an entire Ornette Coleman album. I don’t know what I had done wrong, but we haven’t spoken for 20 years. Jazz is tune expunged of melody. Jazz is Rob Burgundy’s flute solo. I like my chord progressions to be resolved. I don’t want them wandering like the Littlest Hobo, zigzagging across the American outback. Unless I am doing a waltz or listening to Money by Pink Floyd I want a steady and predictable 4/4 time signature instead of one built around the most complicated fraction possible.

That assumes the music doesn’t indecisively flit from one time signature to another...

“...and then we have this groovy double bass solo in 17/9 that switches to 13/11 whenever you hear a D-sharp diminished minor ninth or I raise my left eyebrow.”

As J.S. Bach once quipped: “It’s easy to play any musical instrument. Just touch the right key and the right time and the instrument will play itself”. Jazz is the antithesis of that statement. Just gather some musicians together and tell them to play the wrong key at the wrong time and the resulting cacophony will be interpreted as some kind of genius deconstruction of harmonic form when in reality, it’s just a bunch of old farts noodling away until one of them gets bored.

What provokes this ire? I can’t stand the pretentiousness of jazz, brilliantly skewered in The Fast Show during the 1990 (I include a link here. It still makes me burst with laughter.) Jazz is aloof. Jazz looks down in all other musical forms. Jazz is for the musical intelligentsia. Jazz is just so pompous and self-satisfied: everyone in their carefully trimmed goatees, roll neck jumpers and pinstriped waistcoats, nodding with approval through a three-hour triangle solo.

Give me a break.

Give me something with a tune.

Give me something that makes me feel something.

Give me something that says something about my life.

Give me anything but jazz.

O.K. I’ll step off the soapbox. You know me. I’m kinda playing devil’s advocate. Truth is that down the years I have done my utmost to understand and to enjoy jazz. Yeah, like everyone I went out and bought Kind of Blue just in case a dinner guest asked for some Miles Davis. Yes, its’ great. Then I bought Bitches Brew and as blasphemous as it sounds, the best thing about it is the artwork. I went to Ronnie Scott’s in Soho, back in the days when it was a proper club and you couldn’t see your hand in front of your face because of the cigarette smoke. I got a bit bored but I survived. I sat through Whiplash. Perhaps given my views on jazz it is unsurprising that over 15-years of skipping from one musical genre to another, not a single jazz artiste has been selected as Album of the Month.

You see, I keep on hearing Kamasi Washington on the radio. Like many I appreciated his work with the imperious Kendrick Lamar on his epochal To Pimp A Butterfly in 2015, which led me to the tenor saxophonist/band-leaders three-hour and appropriately titled triple album The Epic. He recently released a follow-up, Heaven and Earth that clocks in at a “brief” two-hours. And you know...I like it. OMG. I like jazz. What’s happening to me? Is it because I am now working with jazz aficionado Antonio Galloni? Did he put something in my wine? Why do I feel inclined to grow a goatee beard and don a beige roll-neck jumper? Why do I wish Rihanna sang her songs on 5/4 time with a three-hour triangle solo? Dr. Music...tell me what is happening?

I cannot give you any erudite musical dissection of Heaven And Earth, cannot really place it in any musical context because I do not have that background. Indeed, Antonio could probably do a far better job than I. Parts reminded me of John Coltrane. Parts Herbie Hancock. Sometimes Madhouse, the side project of Prince during the 1980s.

What do I like about Heaven And Earth? What differentiates it? It commences with a funky, pulse-racing, bossa nova-tinged rendition of Fists of Fury from the Bruce Lee film. A cover of Freddie Hubbard’s Hub Tones has a crisp stop-start piano refrain and is probably looped around some mathematically improbable time signature, but I can live with that, and there is a great trumpet solo that keeps me hooked. Connections has a soul-inspired vibe and keeps things simmering nicely with discretely intertwined wah-wah guitar lending it a quasi-prog-rock feel. I particularly appreciate its epic grandeur – the strings and the choir that lend it a cinematic sound throughout. Nowhere is that more effective than on The Space Travellers Lullaby, which sounds like a lush soundtrack to an epic 1970s movie. I don’t know why but it makes me feel as if I am dipping and diving through the air on its major chords as the strings surge and ebb. It finishes with Will You Sing: celestial gospel choir in full voice and sweeping you away. There is a trombone solo but...I don’t mind it and the choir eventually return to finish Heaven And Earth in suitably audacious style.

I will not write too much more because as I say, I am not a jazz expert. It is a long listen but you have to admire the tightness of his musicians, part of his own band Next Step, knowing when a soloist needs to break free such as Brandon Coleman’s analogue synth solo in Can You Hear Him. Perhaps Kamasi is the conduit through which I will be listening to Mingus and Coltrane and Davis and God forbid, Coleman late at night? I doubt it. I cannot judge whether Heaven And Earth is innovative but that’s a moot point. The truth is that except that maybe he is getting philistines like me into musical genre hitherto unexplored and that can only be a good thing.

I am not the biggest fan of jazz. But I love Kamasi Washington. He makes me feel that maybe jazz could be...cool?

Hmm...let me scratch my goatee. This is a long album so I recommend a magnum rather than a bottle, a magnum of 2007 Roagna Barolo La Pira. Nice.