I will admit it, I am not impartial. Rush was a big part of my musical education. I remember one of my best friends in school handing me an album with a burning red star floating in a galaxy. It was, of course “2112.” The album opened to reveal a photo of the band dressed in what looked like satin cream and white kimonos, a look that was at once weirdly futuristic and ancient. The term “WTF” did not exist back then, but if it had, that’s exactly what I would have uttered. Then I put the record on the turntable, and my whole idea of what rock music could be changed. Forever. So, to say I am a huge Rush fan is an understatement.

For more than forty years, Lee juggled bass duties and singing while somehow also playing bass pedals and a whole collection of synthesizers. I remember hearing Rush play soundcheck many years ago and being totally blown away that three musicians could play such complex arrangements live, just as they sounded in studio recordings.

I had a chance to spend some time with Geddy Lee last October while I was in Toronto for a charity event. I met him a few years ago at a Soldera tasting in London and reached out at the last minute. I was curious to see the collection of bass guitars Lee had chronicled in his book “Geddy Lee’s Big Beautiful Book of Bass.” Lee showed me around some of the basses in his living room before we went down to the studio, where he grabbed a number of instruments off the wall and shared their unique stories.

The book, designed in a large, square, coffee-table format is beautifully laid out and very attractive. Photographer Richard Sibbald captures all of the natural allure of these instruments with painstaking attention to detail. This is a book that draws you in with its artwork alone. I am not crazy about the small font used for some of the text and certain combinations like red text on black, both of which make the book hard to read in some spots, but those are small quibbles. 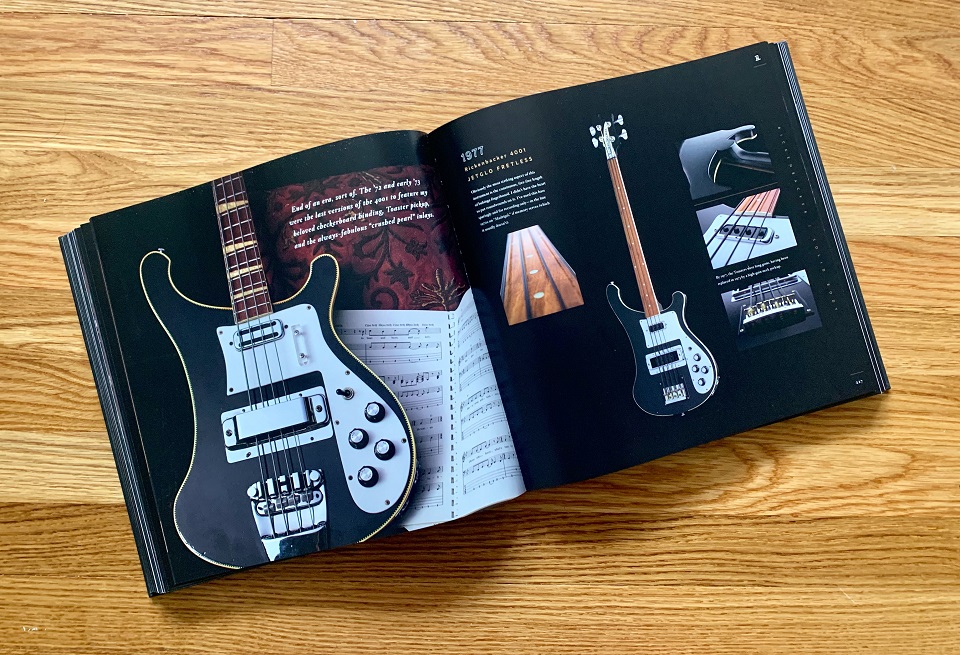 Geddy Lee is most often associated with the Rickenbacker 4001, one of many instruments featured in a comprehensive chapter on Rickenbacker.

Naturally, a large portion of the book is dedicated to Fender, but that’s really as it should be. For several decades, Fender was basically synonymous with the electric bass guitar. Lee includes a ton of information on Gibson and Epiphone, too. Bass lovers will especially like the chapter dedicated to Rickenbacker given how important those instruments were in shaping Rush’s sound during their heyday. Brands that are more obscure today, like Ampeg, Höfner and Danelectro, are given the credit they deserve. The book is littered with fabulous stories of iconic instruments and how their owners, past and/or present became their stewards, like the famous Fender Jazz that once belonged to Jaco Pastorius.

Lee makes a point of stating that, as a collector, he is not looking for pristinely clean basses, but rather instruments that have been played by working musicians, instruments “with stories to tell” as he puts it. Bass fanatics will love poring over the mouthwatering photos and delving into the details of these instruments, but for me the most interesting part of the book is the collection of interviews with a who’s who of the bass world including John Paul Jones, Bill Wyman, Adam Clayton, Bob Daisley, Les Claypool and Robert Trujillo. It’s obvious that musicians will open up to a peer in the way they never would to a reporter or writer. And that is what makes these interviews so precious. 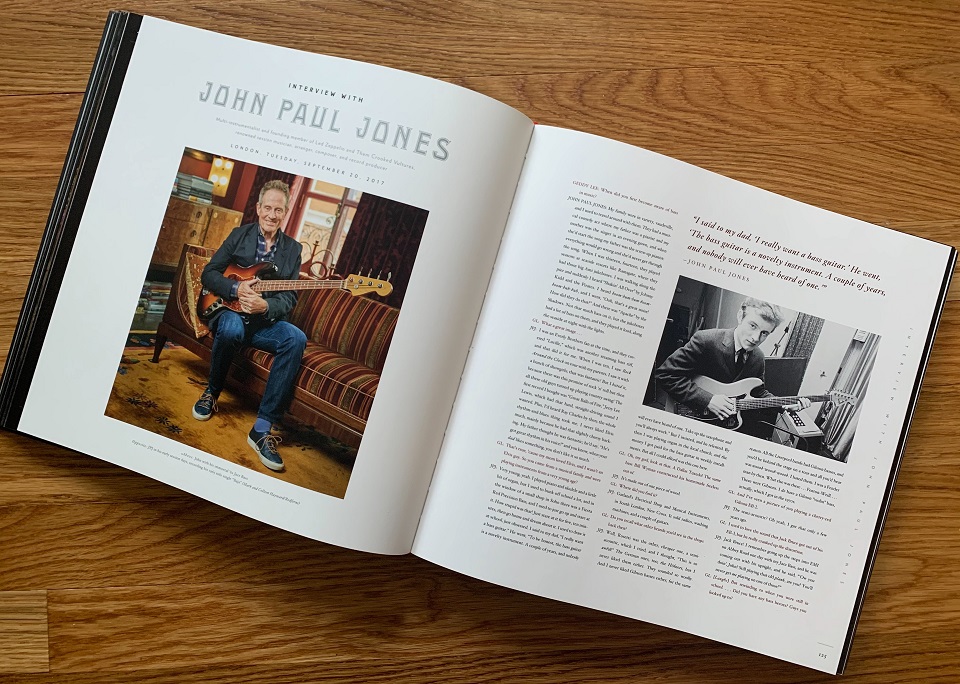 My suggestion for the follow up book: a collection of interviews spanning an even broader range of styles. And I would do it sooner rather than later. It’s too late to interview Jack Bruce, John Entwistle and Chris Squire, but there are plenty of hugely influential bassists who are still alive and who have so much to share.

Readers who are fans of rock music, Rush, or bass guitars will surely want to own “Geddy Lee’s Big Beautiful Book of Bass.” It is a fabulous read.