Not that anyone noticed, but I haven’t published an album of the month for a while. In fact, I did pen a review for jazz-singer Lady Blackbird’s awesome Black Acid Soul, but I got distracted and never finished it off. I must stress, the hiatus is nothing to do with falling out of love with new music. On the contrary, the UK is a hotbed of talent at the moment, with countless young bands such as Wet Leg, The Bug Club, Penelope Isles and Lime Garden creating fabulous sounds. The list goes on. Rather I am just a bit over-whelmed with wine-related work and travelling. That includes my long stint in the Côte d’Or last autumn, which entailed plenty of between-visit drives where music was my companion/balm. It was driving up the RN74 artery checking out Spotify’s New Artist playlist, that “Violet Light” by Bleach Lab caught my ear. I’d never heard of them before. Such was my excitement that during a brief pitstop in Gevrey-Chambertin, I searched the group on Bandcamp and immediately ordered Nothing Feels Real. No time to delay! Self-released on transparent yellow vinyl, it was limited to 300 copies, and one of them had to be mine. Of course, in my haste, I failed to realize that ordering from France incurred import tax thanks to bloody Brexit, even though it was being sent from the UK to my address in the UK. Lesson learned. Then, due to delays at pressing plants, no doubt caused by Adele’s album, I didn’t receive the vinyl until early February. Better late than never. It was worth the wait. 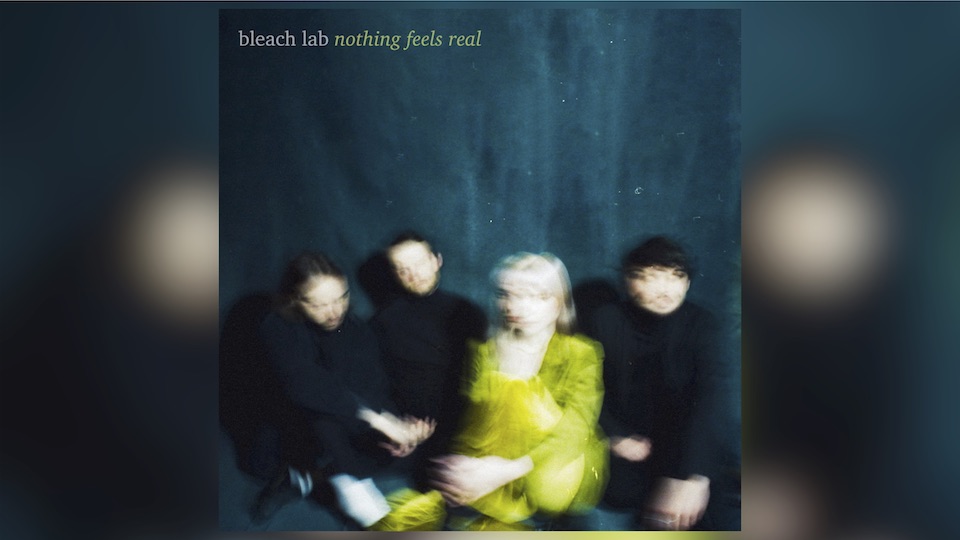 The South London fourpiece was formed at the end of 2018 and is fronted by singer Jenna Kyle. Bleach Lab will appeal to those who love their dreamy indie-pop. I’m thinking here The Sunday’s first album, add in a bit of The Cranberries and Mazzy Star. Lots of reverb guitars, melodies that stick in your head for the rest of the day and wistful lyrics tinged with sadness. Produced by the legendary Stephen Street, who’s twiddled the knobs for The Smiths, Blur and indeed, The Cranberries, their sound has a gorgeous polished sheen, that makes it inconceivable to think this is their debut.

Nothing Feels Real is actually Bleach Lab’s first two EPs put together. Listening through the 10 tracks, there is not a weak one amongst them. “Violet Light” remains their standout, certainly the catchiest in terms of melody, the most self-assured. All swooning guitars and dreamy hooks, I just like the way that Kyle plays with the melody and the melancholy of the chorus as she sings, “I think about that night and cry it all away.” Yeah, we’ve all been there. Some of the melancholy might stem from bassist John Longman, whose father passed away before he came up with “Violet Light” ’s guitar riff. It was one of my favourite songs of 2021 and it has lost none of its charm. Opener “Real Thing” is pure and prime Cranberries with that shuffling drumbeat and a slightly fuller sound, whilst “Talk It Out” will appeal to those waiting another couple of months until the next Lana del Rey album. “Old Ways” comes from their debut EP and sounds remarkably assured, showcasing the depth of Kyle’s voice as it soars over layers of twinkling guitars.

Bleach Lab are just starting out on their musical journey. They hit the ground running with Nothing Feels Real. It was a coup to get Stephen Street behind the decks, but I would be quite interested in seeing what they sound like with another producer, perhaps with a more stripped back, rougher or edgier sound. Certainly, they can pen a memorable song and they have a great lead singer. By the way, writing this three months after I ordered that limited edition vinyl from Bandcamp, I checked and noticed that a couple of indie retailers still have a handful of copies. Go buy one.