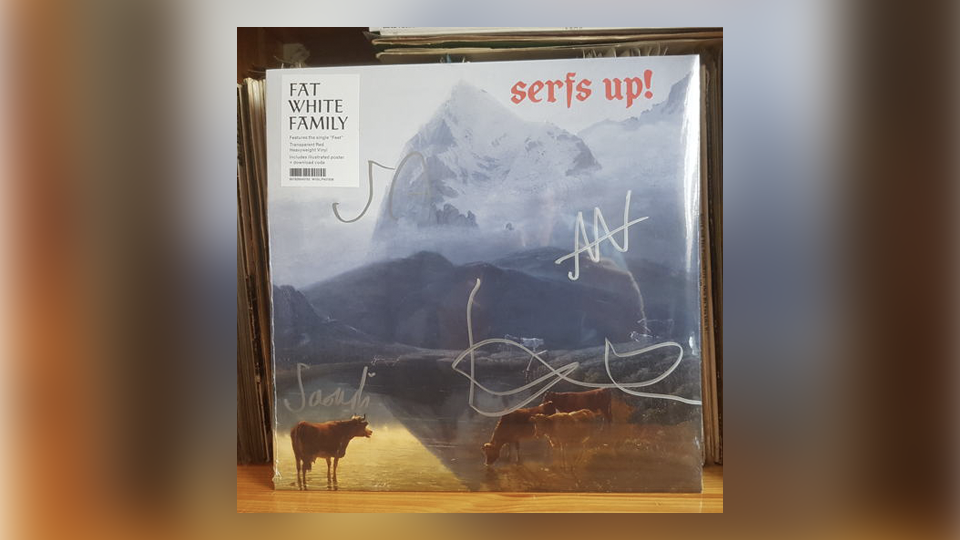 I have fallen head-over-heels in love with an old friend. Her name is vinyl. We broke up when my trusty Rega turntable broke down and my vast collection of vinyl instantly became redundant, like VHS videos and handwritten letters. Their grooves fell silent. I moved on and embarked upon a new relationship with downloading and streaming, kidding myself that a horizonless music vista brought fulfilment. Yay! I could listen to my entire vinyl library without the hassle of physically removing the disc from its sleeve, everything available at the click of a mouse. My 2,000-odd vinyl records were no more than mementos of growing up, like dog-eared photographs you keep but never look at and clothes you no longer wear.

But I promised myself I would never sell any of them and predicted that their biggest threat would come from girlfriends and most dangerous of all, the woman foolish enough to marry me. This is how it always unfolds...

You meet and begin courting. At the beginning she ignores the shelves heaving with dusty vinyl. They are part and parcel of her new beau, part of his charm, one of his quirks. It’s what silly boys my age did: buy stupid amounts of records. Cute. Once that honeymoon period is over and you cohabit, those immortal words are uttered for the first time...

“Darling, when are you going to get rid of all those records? They take up so much room.”

You pick out a random disc. Wow, you remember buying that Smiths’ twelve-inch at Our Price one drizzly Saturday, recall playing it a hundred times over the weekend. Memories, eh? You slide it back into safety. Then you move home and that is when they are most imperilled, the morning that you laboriously pack them into countless cardboard boxes and pull a muscle lugging them down from the attic. You forgot how much they weighed, the space they occupy.

“Darling, darling. Look why don’t you just take them down the charity shop?”

That is when a lot of men, and simply based of empirical evidence 99.9% of the anally retentive record collecting species are male, will succumb. They bid a lachrymose sayonara to their vinyl records. Those with an iron will or secretly plan for divorce will hold out for longer. Then they make the cardinal error in procreating.

“Those records have to go,” she orders around second trimester. “ We’ve got no room for a bloody cot. Where’s the baby going to sleep? On top of your stack of precious Madonna picture discs?”

For a second you mentally consider the practicality of that option. Then you surrender and pack up that vinyl, flog it for a tenner.

The rest of your life is kids, mortgage and death.

With this in mind I must confess that when I met the future Mrs. M, mere weeks into our blossoming relationship that was already entering serious territory, I informed her of three rules that unconditionally I would never break.

“Rule one,” I explained, years before Dua Lipa stole my idea, “I am never going to live in Japan. I love the land of the rising sun but cannot permanently live there. Rule two, I want kids. If you don’t want kids then tell me now.”

Rules one and two were accepted. She asked: What is rule three? I kept the trickiest for last.

“I will never sell my vinyl records. Not a single one. Even when we move house. Never. Jamais. 今までにない”

This was predicated on my idea that the man must reach a point in middle-age where a) his wife/partner has given up asking b) you have a large house c) no longer intend to move d) your kids reach an age where they can admire their father’s impeccable taste. Those coloured Sub Pop seven-inches evidence that once-upon-a-time dad was cool. Naturally, you pray they never chance upon those Bros or Billy Ray Cyrus discs.

Stupidly, Mrs M accepted. Probably unfair of me to force her to sign this verbal contract during our honeymoon period when you are not thinking rationally. Consequently, three houses and two daughters later, my records have survived. Well, nearly all. Some fell victim to being stored in a damp cellar in my West Norwood rabbit hutch, ideal for my bottle of 1985 Roumier Bonnes-Mares, not for my Kate Bush “This Woman’s Work” box-set, now worth a fraction of the hundreds of pounds it fetches in mint condition. Around 80% of my collection eventually found a safe haven in my work office, the only room where I have jurisdiction over its contents. Indeed, all the articles I have written since 2010 were composed with the vinyl peeking over my shoulder asking: When are you going to replace that bloody Rega turntable and listen to us?

A couple of weeks back, my well-documented health issues severally curtailing my activities and with my mind ossified with ennui, I went and bought a cheap Ion record player. Eighty quid. I didn’t care about the sound too much. I just wanted to play some of those old records, notwithstanding that some of them, for example the extended version of Prince’s “Mountains”, are inexplicably not on any streaming platform. I had no great expectation. It would just be something to occupy myself during a difficult time. I relegated the printer to the floor and placed the turntable next to the Mac, a juxtaposition of new and ye olde technology.

Boy, did I underestimate the impact. The ritual of delicately unsheathing the record, spinning it between forefingers and placing it on the turntable without touching those sensitive grooves, placing the needle on the record and hearing that crack and fizz. Even on this shitty record player, doubtless cobbled together in some Far Eastern sweatshop, the sound is not superior to the audiophile set-up downstairs, but undeniably it is more…alive.

It manifested an immediate connection between listener and music. Even though I had bought many of these records a lifetime ago, I knew precisely where and when I bought each and every one and crucially, what they meant at the time, emotions they fomented and events they sound-tracked. This was not sound transmitted for free over the Internet, disposable, ephemeral and ignorable. It was music that you could hold and cherish, music that came with run-out groove, lyric sheet, artwork cover, free foldout poster and even its own individual odour. It was more than a physical entity. It was a living thing.

My name is Neal and I am a vinyl junkie. You can never kick the habit. Suddenly I am frequenting the solitary, shabby second hand vinyl emporium in Guildford, air thick with smells of the musty cardboard and mothballs, plastic crates heaving with vinyl that fell victim to the modern age, shell-shocked at their new lease of life. Remarkably, this shop is thriving, full of retired lawyers seeking Elgar next to crate mining hipster DJs seeking obscure mid-nineties drum ‘n bass next to wine critics looking for that Stereolab album that always evaded me.

I made a resolution. Henceforth, all my albums of the month will be procured on vinyl. Yes, I will still use Spotify to trawl through the latest music. My vinyl fetish does not make me anti-streaming. To me they are mutually beneficial. But when I have made my choice I will put my money where my mouth is and buy the record. No more downloading the cover from the Internet. No, I’ll take a picture of the actual record in my office.

Which leads me to April’s recommendation: Serfs Up! - the third album from Fat White Family. Subversive bands are few and far between these days. The industry controls everything. Social media makes sure everyone is well behaved and tow in line. Few artists take chances because there no longer exist record companies willing to underwrite the anarchy that once prevailed over the music industry. The Fat White Family have never followed rules. They are infamous for their anarchic live shows they have previously involved nudity and bodily discharge, their unpalatable and politically incorrect lyrics, surreal videos, inter-band fallouts and sackings, every member with their own tales of chronic substance abuse that a couple of year’s ago saw them teetering on implosion. Their new album is therefore triumph for the fact of merely existing. They have nurtured a more palatable sound more electronic in places, not least on thumping leadoff single Feet. The rest of the album has that unpredictable, haphazard quality that I have always loved, stumbling like an inebriate through The Sweet, Pulp, The Fall, The Glitter Band, Lou Reed, Gregorian chants, off-kilter jazz and a bit of bossa nova. It is a glorious mess that constitutes the first truly great Fat White Family album. They are easily the most interesting band at the moment. Maybe the only interesting band.

I bought a copy direct from their record label Domino, red vinyl with poster, autographed by the band.

Yeah, I could have just streamed it. But now I feel it.

Hm...I think we are looking at Madeira here. Something like a 2004 Colheita Single Cask 132 a+d from Barbeito should be the ticket.