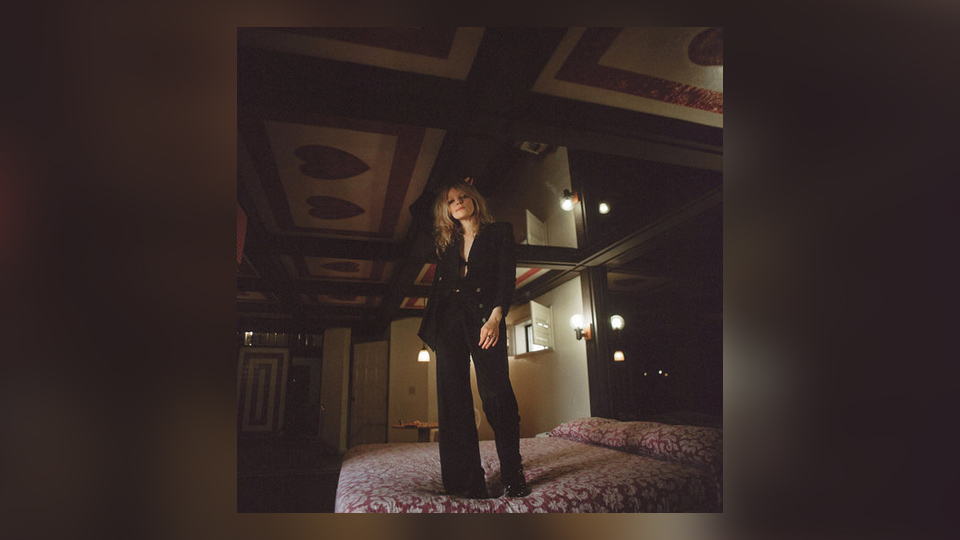 As a teenager learning about modern music, I stumbled upon Nick Drake whose seminal early seventies albums such as Bryter Later and Pink Moon are rightly revered as high points of English folk, even though they sold poorly at the time. I have always been drawn to this genre of music. Even though I never listened to it at the time as I was too busy imagining myself in Star Wars, somehow English folk like Fairport Convention, Nick Drake or John Martyn, evokes memories of my childhood. Maybe that is what draws me to Jessica Pratt’s masterful third album, Quiet Signs, which is perverse since the singer was born in San Francisco and now resides in Los Angeles. And yet over the last few days with Quiet Signs on constant rotation, I cannot help but think of Pratt as being some kindred spirit of Drake, and by that I am not referring to the Canadian rapper with the funny dance moves.

Quiet Signs is a late night album, the kind you slip on after the kids have gone to bed. Dim the lights, close your eyes and just wallow in this music. When I first started listening to Jessica Pratt, encouraged by a justified five-star review in Q magazine, I found her voice a bit…affected. There is something almost childlike about it, wispy, unnatural. Maybe it was gimmicky. I wondered if her voice would pale if I listened to an entire album. On the contrary, I found it makes much more sense, her voice spectral and haunting, more like an instrument that she uses to add contrast, to lend a fantastical and otherworldly atmosphere because it is a thing of utmost beauty and uniqueness. The only singer it bears semblance to is Joanna Newsom. In Q’s accompanying interview, Pratt described the strenuous effort singing in this manner, hence her ambivalence towards performing live.

Sometimes the lyrics are difficult to decipher, but the melodies are so beautiful that it does not matter. Quiet Signs has a dreamlike quality, nine tracks that together represent a long contented sigh, melancholy on the surface but dig deeper and you find countervailing contentment. That probably stems from Pratt finding both a musical and romantic partner in Matt McDermott. Listening to Pratt’s first two albums, her self-titled debut (2012) and On Your Own Love Again (2015), McDermott seems to have filled out the sound without losing intimacy. The core to every song is always Pratt’s vocals and plucked acoustic guitar, but her musical palette is now coloured by discrete flourishes of pipe organ and woodwind that lend Quiet Signs an organic quality, as if it is something that has been grown. Yet it remains lo-fi in terms of production, not in the slightest way polished.

Fare Thee Well could come from some long lost folk record from 1970/1971. You notice quite a lot of background hiss here and throughout the album that lends a sense of authenticity. Like many songs on the album, there is so much vocal echo and reverb that it sounds as if Pratt is singing alone in an enormous Victorian theatre or in an empty cloister. Perhaps the track that makes most effective use of that is This Time Around that uses Pratt’s upper vocal register that seems to float through the air. Instrumental opening track Opening Night sounds as its motif has been found by chance, the notes worked out as it goes along. It is completely bewitching. It dovetails into As The World Turns, the same refrain but repeated on guitar and vocals, a lullaby where the listener is tempted to place their ear against the speaker. Poly Blue is brighter, the strumming higher up the fretboard, a song I could imagine Joni Mitchell singing.

Quiet Signs is one of the most entrancing and beguiling albums you will hear in 2019. Be warned, you have to accustom yourself to her gossamer voice and once you do, revel this album in one sitting from start to finish. Be prepared to fall under Jessica Pratt’s spell.

Watch: This Time Around (Official Video)

Quiet Signs is what it says on the tin – quiet. So I think we need a discrete wine, not a supercharged blockbuster with blobs of fruit. How about one of Chris Alheit’s wines, say, the 2017 Fire By Night, not least because it sounds like the title of a Jessica Pratt song.