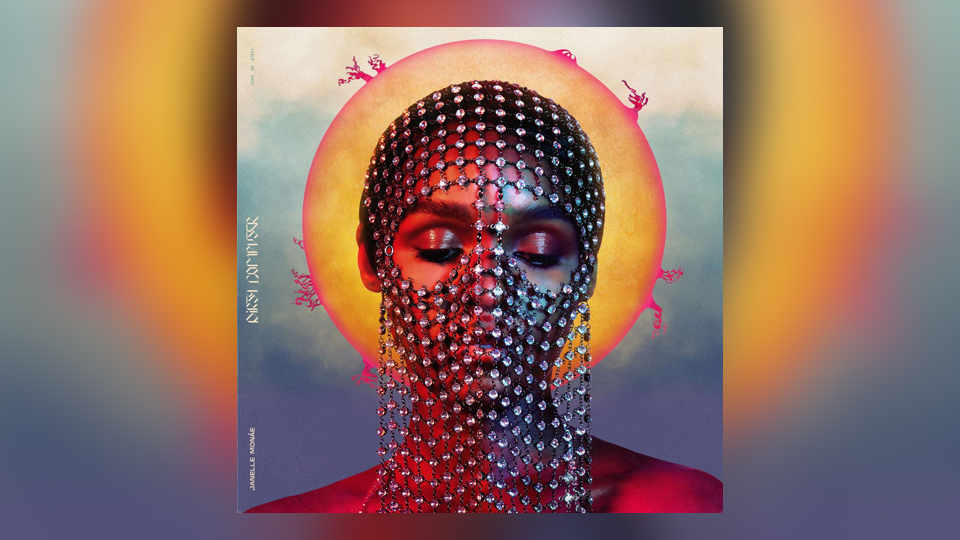 Back in 2010 I saw Janelle Monáe at an intimate gig in Camden, London. The Archandroid, her debut album, had just been released to ecstatic reviews. To this day I regard it as a classic, a dizzying smorgasbord of musical genres crammed into an epic concept album. I was convinced that Monáe was up there with the greats, not least alongside her obvious muse, Prince. They shared a common love of breaking musical boundaries. They could both dance. They were both funky as hell. The only difference was Prince was a master of every instrument under the sun and astonishingly prolific and, whilst Monáe acted in the Oscar-winning “Moonlight”, Prince was brilliant in Purple Rain, but did not exactly cover himself in glory in “Under A Cherry Moon”.

Monáe would surely become a superstar. Maybe not... Whilst she has become a recognizable face, she is nowhere close to household name status. The Archandroid did not trouble the charts and, though follow-up, 2013’s “The Electric Lady” reached number five in the Billboard charts, it is difficult to believe that she does not have a chart smash to her name. Monáe stubbornly remains a cult figure that works in the mainstream both in music and film. I guess she is too outré. Her music is rooted within the modern pop idiom, yet her albums are wildly heterogeneous from one song to another, stylistically difficult to categorize. Moreover, Monáe hid herself behind an android alter ego, Cindi Mayweather, that distanced her from her audience. A bit too clever perhaps? She can come across as a photo-shopped star, faultless in terms of talent and the looks, a career choreographed down to the finest detail, making her difficult to relate to. The critics raved but that does not translate into multi-platinum albums.

Monáe’s third album “Dirty Computer” comes five years after “The Electric Lady”. Her successful acting turns doubtlessly led to the long musical hiatus, though in interviews she cites the death of Prince as the reason why it took so long. That is understandable. Prince collaborated on her previous album and clearly became not just a friend but also a confidante and father figure. It has taken a while for Monáe to grieve and get back into the saddle. Fortunately it has been worth the wait.

“Dirty Computer” has been garnering five-star reviews everywhere. However, it is a different album to the previous two. It is more commercial in style, less experimental and jettisons the spoken interludes that interrupt the flow of her past work. Moreover, Monáe is Monáe. She no longer hides herself behind an alter ego and this helps turn a star into a human being, if not as adroitly and effectively as either Rihanna or even Beyoncé. The subject matter tackles timely issues head on, whether it is #blacklivesmatter, #metoo, sexual liberation and gender equality. Dirty Computer waves the flag for all these movements, especially the last two. Look down Spotify and every song is slapped with an “Explicit” warning. Since rock ‘n roll was born, music has taken a man’s perspective, so Monáe, who recently came out as a pansexual black woman is a bit of a trail-blazer. You can almost feel the relief as she celebrates the female form and exactly what turns her on. Check out the video for “PYNK”, a co-write with fellow artist Grimes, and check out the dancing troupe’s now famous attire - if you are not prudish. Do those trousers look like? Yes they are. Monáe loves getting a bit saucy, sexual in the same way as Prince made you squirm and blush with graphic descriptions of what turned him on. Like Prince, you might deduce that what turns Monáe on could be anything that moves. And why not?

There’s a smattering of guests across the album: Stevie Wonder, Pharrell, Brian Wilson, Thundercat and Zoe Kravitz all appear, however their contributions are discrete and complementary. Dirty Computer starts with the celestial Beach Boys-inspired title track that eases you in, Brian Wilson’s unmistakable harmonies floating in space. Centerpiece “Django Jane” is perfect electro-pop, segueing into a terrific and quite ferocious rap that could be Kendrick Lamar if he spat the line: “Give the vagina a monologue”. “Don’t Judge Me” channels sexy-sad Dirty Mind-era Prince, all squelchy synths and a sublime string coda. “Make Me Feel” is already a contender for song of the year, stripped down electro-funk, an unashamedly retooling of Kiss and purportedly using a riff that Prince had already donated to Monáe. You can imagine him dancing around in his stilettos in his purple heaven. Listen to it loud because the production is stunning: those razor-sharp guitar licks and gaping spaces between the beat that highlight the wanting and lust in Monáe’s vocal delivery.

As usual, there is an incredible inventiveness to the instrumentation: choirs, orchestras, complex percussion arrangements and bass lines that will make your living room rumble. There is no arching narrative like the first two albums that makes it a less arduous listen. The final track “Americans” is spliced with a speech about gender rights and equal pay and a request from a multi-tracked Janelle for listeners to sign on the dotted line.

Hey, I signed when Monáe released her first record. The question is, will others?

Must be something fruity. Go for a young Gamay, a nice 2015 Côte de Brouilly from Château Thivin and perhaps a big ‘n bold Châteauneuf-du-Pape, maybe from Domaine de la Janasse. Anything that does it for you.