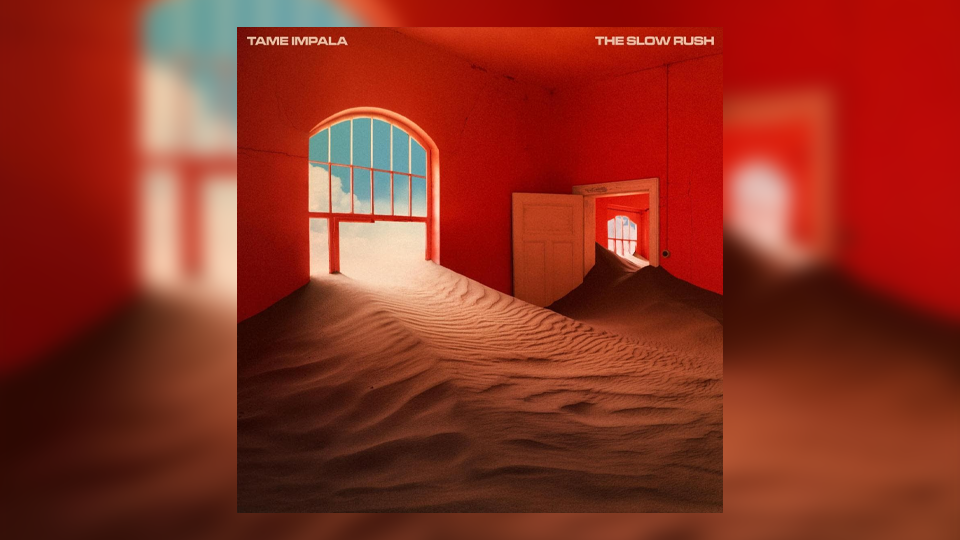 Since resuming my passion for vinyl, acquiring limited new releases has become a challenge. The chase is far more rewarding than just clicking a mouse. Tame Impala’s aka Kevin Parker’s highly-anticipated fourth album, the aptly-titled “The Slow Rush”, finally hit the shelves on Valentine’s Day after Parker had spent what felt like an eternity teasing its release. The studio boffin, perhaps the closest we have to a modern-day Brian Eno, kept changing his mind and twiddling a few buttons in a quest for perfection. On 14 February I was en route to Endo at the Rotunda, a hot new Japanese sushi-ya that you will soon read about on Vinous Table, when a friend texted me. His message read: Tame Impala - WOW! To be honest, I was not planning on buying the album on its day of release because the tracks that had seeped onto streaming platforms did not make the same impact on me as “Currents”, the career-changing album that thrust Parker into an almost unique position as “avant-garde festival headliner”. Then I discovered that HMV had released a special edition: gatefold coloured vinyl with an exclusive one-sided seven-inch. Just 1,000 copies! I know that seems minor to any rational person but that is catnip to a vinyl junkie.

I had to have one.

I could not finish the day without this inevitable collectors’ item in my clammy hands.

After devouring a dozen courses of sushi, I searched my nearest HMV in central London. Alas they were all culled when the retailer flirted with bankruptcy. Wiping a tear from my eye as I reminisced about all those hours idling around their flagship branch in Oxford Street, since reincarnated as a turgid sports megastore, I bombed down to Guildford praying they still had a copy...

As it turns out, “The Slow Rush” is far better than augured by tracks that Parker drip-fed onto streaming platforms, presumably road testing his audience. One of those tracks “Patience”, a lukewarm song by Parker’s standards, notably does not make the final cut, testament to the artist’s perfectionism. The album does not, or probably could not, achieve the quantum leap of Tame Impala’s debut “Innerspeaker” to 2012’s lauded “Lonerism”, then the astounding evolution that made 2015’s “Currents” both a critical and commercial smash. But it does signal Parker as a singular artist at the top of his game and my word, I can guarantee that you will not listen to a better sounding album all year.

Opener “One More Year” shimmers with his trademark panoramic sound and a hypnotic beat that overflows with energy. The fantastic “Borderline”, sadly not a cover of the Madonna classic, exploits Parker’s dreamlike falsetto over a bouncing beat that ricochets around your head against cascading gorgeous minor chords, the closest this album sounds to that paradoxical happy/sad banger that has become Parker’s currency. The b.p.m. slows with the echo-laden, melancholy “Posthumous Forgiveness” that is draped in gothic beauty thanks to its subtle church organ backing and funereal pace, although like three or four songs, it drags unnecessarily at the finish. A bit of editing would have made this better. Indeed, the album just sags a little midway, which is why it falls a few steps short of Currents that was all killer/no filler. Quality control is restored towards the end with the “Lost In Yesterday”, underpinned by an irresistible ascending bass-line and Eighties analogue synths. “Is It True” is bolted to a Daft Punk like bass-line that will have your floorboards rumbling whilst “It Might Be Time” ingeniously utilises a warped Steely Dan piano refrain with Seventies siren effects ripped from “Kill Bill” and closing track “One More Hour” provides prog-rock grandeur updated for 2020.

“The Slow Rush” took five years to see the light of day, though Parker apparently recorded the tracks in a period of frenzied activity in recent months. The soundscape is so enormous that you almost have to listen to this hour-long opus in separate sittings. Though less immediate than its predecessor, it does repay repeated listening, revealing the myriad of multi-layered sounds fastidiously stitched together. It begs the question, where does Kevin Parker go from here? It feels as if he has completed some kind of musical journey over the last decade and now, he needs to reset and chart a new course. There is no question that he has the talent to do so.

Did I get my hands on that coveted limited edition release? Arriving just before closing time with pessimism in hand, joy of joys, I grabbed the shop’s last copy – and a beautiful object it is, too. Yes, I could have just streamed the album. But some music is worth fretting over, worth hunting down, worth owning physically so that are invested in it. I don’t listen to “The Slow Rush”. I own it. Plus, that limited one-sided bonus 7-inch that made it an instant collectors’ item. Is that extra song, incidentally “Patience”, the one Parker demoted from the album, worth it? No, it’s still a bit rubbish, but that’s not the point.

Since Parker hails from Perth, something from Margaret River is apt. You cannot go wrong with those old Cabernets from Moss Wood. Pick any one you like, I don’t mind.