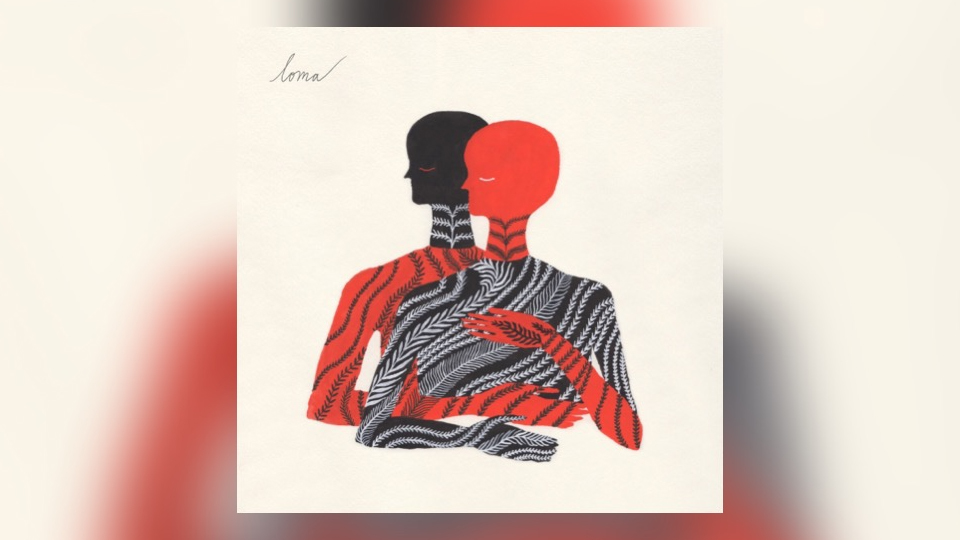 Driving down from Château Margaux towards Bordeaux, as usual, my car radio is tuned to the impeccable Nova FM, a station with a habit of throwing out tunage that stop you in your tracks. Around the entrance gates of Giscours comes a song that compels me to pull over so that I can just marinate in the sound. I cannot put my finger on exactly why I am bewitched. It sounds simple, a melody you cannot believe has never been written before. It is the mesmerizing woman’s voice that whisks me to wherever she is coming from, multi-tracked so that it resembles a small choir. It makes me think of Hope Sandoval. Lots of Sandoval’s singing in unison. There is that loose elastic bassline and the almost meditative atmosphere, something pagan about the lyrics. The song is “Black Willow”. A quick Google search identifies it as a new song by a band I have never heard of before. They are called Loma. I like the name. I make a mental note. Thank the Lord the music column is returning so I can tell the world.

Yes, it is back by popular demand. An absurdly large number of readers and for that matter, winemakers, have beseeched me to reinstate my monthly music recommendations, demonstrating that their lives lost all sense of meaning since it went on hiatus last year. It was never my intention to take it off air but hey-ho, these things happen. However from my very first discussions with Antonio I expressed my wish for its return chez Vinous. Perusing the posts on “Your Say” it is clear that music is a passion for many subscribers but before I cue up the stylus I ought to explain the ethos of this column.

Though I compose my music reviews in a laidback style, after all, this is not a thesis on Pitchfork; I take the choices very seriously. Nowadays, accessing music is far simpler than when I debuted my first recommendation back in June 2003 - Radiohead’s “Hail To The Thief”. That does not mean it is easier to find good music. There is a mountain of dross to wade through and you have to keep your musical antenna alert for the tiniest glimpse of sounds that pique the eardrums. The underlying mantra is that music is as good as it has ever been. It is important for listeners not to dwell in the past but seek the excitement of the new and champion them. Most of us reach a point in our lives where we subconsciously stop looking for new music and make do with the songs that sound-tracked our youth. Perhaps atypically this writer still thrills at stumbling upon brand new music from every genre, whether it from a seasoned artist or someone who has only just plugged in their amp. The rule from day one has been that the album must have been released recently, preferably within the previous month. (As an aside, other contenders this month included Ezra Furman, Joan As A Policewoman, Hookworms and Dream Wife, all highly recommended.) I try to avoid repeating the same artist again and again, though I make exceptions with the likes of Radiohead and St. Vincent. No musical genre beyond the remit. Eclecticism is encouraged to the point where personally I enjoy rubbing completely different musical genres against each other. Some of the recommendations are challenging. If there is anyone out there who took pleasure in the prior recommendations of Slayer, Flying Lotus and Toumani Diabate, then congratulations, you have a wide taste. The idea is not to find something that will please the masses. Music can be challenging and avant-garde. But the idea is never to look cool. This church loves pop music and never looks down on great pop music. So yes, I prefer Cardi B to Crosby, Stills & Nash. There is only one criteria. Quality. Furthermore Antonio, who as his bio states, studied at Berklee College of Music, will be offering his own musical recommendations. Here I am hoping for a jazz influence? It is one of the few genres of music that has left me unmoved. Too many notes that make little sense. Maybe he can make me see the light? I look forward to his first suggestion.

So let’s get on with it. Loma. Loma fulfills everything I love about a new band, even if technically they are not new, but an “assemblage” of two groups: Jonathan Meiberg who performs as “Shearwater” and Emily Cross and Dan Duszynski, the husband and wife duo that perform(ed) as “Cross Record” and supported Shearwater on tour. The groups are ying and yang, Shearwater tending towards a bigger, occasionally electronic sound whilst Cross Record are more plucked electric guitar and wispy, effecting dreamlike vocals. Meiberg was so taken by his support act that he became fascinated by the idea of recording with the couple. The only fly in the ointment is that when they relocated to the Texan middle of nowhere to start recording, Emily and Dan’s relationship began to break down. Usually this would result in the project coming to a halt however, the personal breakdown provided kindling for their songwriting. It cannot have been easy for Dan to hear his ex-wife singing about their break-up or the raw lyrics of the stunning early highlight “I Don’t Want Children”. But it did fuel their wonderful self-titled “Loma”, released on the ever-vital Sub Pop label.

Reading interviews with Meiberg, it would seem that the recording process was teetering on the edge throughout, the creative process on one side, the fractured relationship on the other. This is not a break-up record à la “Rumours” since Meiberg wrote the lyrics unaware of the split and eventual divorce until near the end of recording.

There is a crystalline beauty that derives from Cross’s pure, almost spectral voice. It seems to waft through the air on the aforementioned “I Don’t Want Children”, reminiscent of Aerial-era Kate Bush. Indeed, there is a very organic, formless feel to Loma, bird noises and insect hums cropping up here and there. The beauty also comes from the instrumentation and production and here they are both top class. The upbeat “Relay Runner” is driven along by a pulsating loop interwoven with flute, guitar feedback, the occasional doom-laden piano note and the odd unexpected key change. It gathers momentum so that you almost fail to notice how it has built up over the course of five minutes to the points where it flirts with dance (although it stutters out just as you start making shapes.) “White Glass” is reminiscent of Bat For Lashes circa “Two Suns”, building into gorgeous cacophony of noise before suddenly fading out in a haze of radio static. The two last tracks are outstanding. “Shadow Relief” conveys a brooding intensity that contrasts with Cross’s voice, a slight Celtic feel to the arrangement. But it is that song I first heard in Bordeaux, “Black Willow” that remains the highlight. Having listened again, those echo-laden room-filling vocals seem a blend of Emily and either Dan or Jonathan’s voices and it is just as bewitching as when I first heard it on the radio. I have no idea what the lyrics are about although Black Willow sounds spooky and the excellent video (link below) plays on that subtle witch-crafty undercurrent. There is something hypnotic about “Black Willow. It is more cinematic, richer in sound than the rest of the album that is as much about the spaces between the notes as the notes themselves. The way in which Black Willow drifts to what feels like an infinite loop at the finish just adds to its eeriness.

Loma’s debut is a subtle piece of work. The words it conjures are fragile, pastoral and hymnal, powerful not in noise but in terms of its brooding intensity. I wonder if Loma will make another album? Certainly recording future material with your ex-wife/husband cannot be easy but hey, Fleetwood Mac made an entire career out of it. I will attend Loma’s gig in London at the end of May and it will be interesting to observe the band dynamic. Who knows? What I do know is that there will be beautiful songs from this beautiful album.

“Loma” is available on Subpop records.

Well, since I had just left Château Margaux, I should nominate one of their wines. How about the underrated 1999? Maybe Emily and Dan can clink glasses and remain buddies? I hope so. I would like a follow-up.