My vinyl fetish has become serious. It is not simply the fact that I abandon my kids to spend endless hours in dingy second-hand record shops or that the highlight of the year thus far is finding an original RCA orange label copy of David Bowie’s Hunky Dory. I am currently addicted to “Discogs”, the über-successful, crowd-generated catalogue of every music release and variations thereof. Apparently, there are now over 8 million singles, albums, picture discs on the database, from shellacs and FLAC files.

It began innocently enough with an inquisitive search to see the value of a couple of twelve-inches. That’s all. No more than a minute. Unfortunately, it led to me cataloguing the vinyl records one-by-one, over 600 items with two more boxes in storage. I learned several things. Firstly, I did not have much to do on that weekend. Secondly, most CDs are worthless unless they are  from Japan. Thirdly, I own much more Madonna than I thought. Lastly, I wish I still had all those 1990s Britpop albums on vinyl because they are now worth a small fortune. All these records documented a period of my life. Select any at random and I could instantly bore you of when and where I bought it. From obscure indie labels to cheesy pop designed to fill dance floors, some of my records remain classics and others went stale quicker than natural wine. You can allow the public to browse through your entire collection, which would probably reveal more about that person than actually meeting them. Maybe I will once I have finished entering them, although I will keep it private for now.

For every record and its iteration, Discogs details not only the median value but also the number of “Haves” and “Wants” on the market, allowing you to gauge supply and demand. If the latter exceeds the former then expect demand to push prices up and vice versa. For example, you might consider One Direction’s last album to be the equivalent of Pet Sounds and price your copy at one thousand dollars. If nobody agrees then it languishes unsold and your notional price is meaningless. Value is governed by what people are willing to pay and not what the vendor believes it is worth. 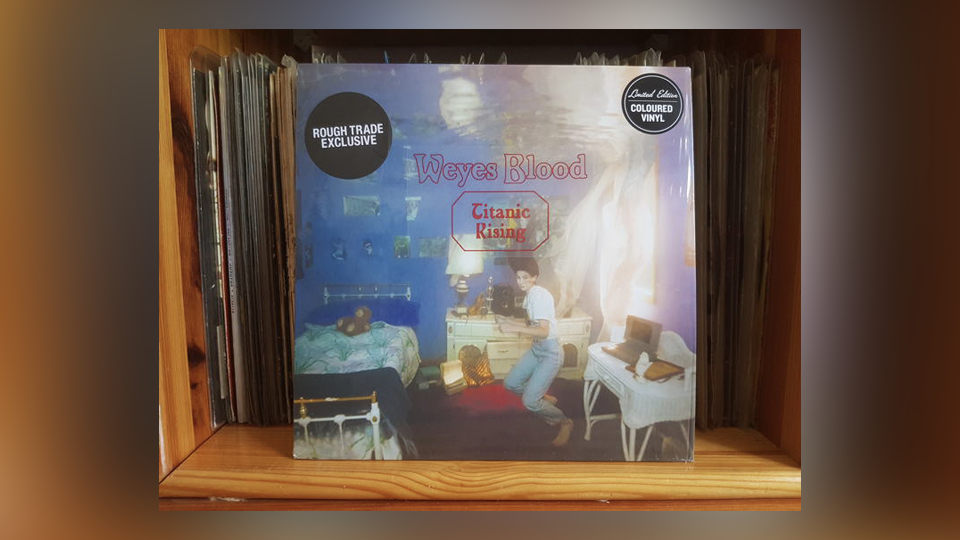 Why am I mentioning all this?

The value of a newly released wine is dictated by what vendors i.e. the châteaux, deem their unfinished wine is worth. They can do that because of the distribution system and stockholding nature of négociants. True value is what people are willing to pay. Sometimes they correlate. Other times there is a gulf between expectation and realization of price. Imagine Discogs applied to en primeur, whereby consumers could click on a new release and view the quantity of cases released onto the market vis-a-vis the number who want it. How useful would that be? Of course, this transparency would diminish the power of the châteaux and so it will never happen, despite allowing consumers to make more informed buying decisions. At the moment, as far as I can see, this crucial piece of information is missing and can only really be gauged by merchants’ advice, although that only pertains to their allocation rather than the entire open market.

Now, where was I? What am I listening to? I must admit that I was considering the new Vampire Weekend album, “Father of the Bride” however, on constant rotation at the moment is “Titanic Rising”, the fourth album from 30-year old Natalie Mering aka Weyes Blood. This is an album of grandeur, whose grooves can barely contain the lush, dramatic and cinematic sound that sweeps you off your feet. Yet it is never over-wrought. Mering’s voice belies her age, paradoxically youthful but somehow wise beyond her years. She sounds like somebody you would confide your problems to. Hers might not be a distinctive or idiosyncratic voice, however that enables her vocals to really enmesh with what is often complex, multi-layered instrumentation.

The opener “A Lot’s Gonna Change” has a piano motif and a chord structure that oddly brings to mind prime Carpenters and indeed, Mering’s voice does have the timbre as Karen Carpenter at her lower range. It segues into “Andromeda”, which sounds exactly like Tame Impala, so much so that I am surprised that they are not mentioned in the credits. But it is not a Tame Impala song, the ballad drenched in woozy dreamy vocals and gorgeous, if predictable, slide guitar. The tone changes with “Everyday”, built around a McCartney-esque piano refrain and a jaunty melody that bears semblances to Dolly Parton’s “Here I Go Again”. It comes as welcome relief after the immersive drama of the opening two tracks, adding light to the shade elsewhere.

The centerpiece and highlight is the show-stopping “Movies” that begins side two (yes, I have the joyous ritual of flipping over the record now.) It begins with cascading analogue synth arpeggios reminiscent of Dark Side era Pink Floyd or Jean-Michel Jarre, a song that seems to drift across the infinite cosmos. Mering’s voice is swooning and hymnal. I love the jolting change midway through as the arpeggios are temporarily replaced by violins and tribal drums, segueing into a fabulous crescendo as Mering’s voice soars higher and higher, almost but not quite drowned out by the cacophony around her. Check out the wonderful video - “Movies” is one of the most mesmerizing tracks you will hear this year.

The lyrical themes include the usual tropes of lost love and sadness, as you would expect. But Mering also keeps coming back to grander topics such as climate change and mankind’s flirtation with extinction. You get the impression that everything has become meaningless, to the point where Mering dreams of inhabiting a movie instead of the real world. Fortunately, she is never hopeless, but rather reflects the resignation many her age (and younger) feel as governments and multinationals steer humanity into oblivion. Mering could almost laugh at fate instead of expressing anger.

You will surely see Titanic Rising in the “Best of 2019” lists and deservedly so. It is an ambitious album as intimated by its cover that depicts Mering floating in an underwater bedroom. Titanic Rising could have been weighed down by its grandiose production, but hats off to producer Jonathan Rado of Foxygen, who has done a masterful job in creating vast gyres of sound without drowning Mering’s voice or pretty Laurel Canyon melodies. It never becomes a drag or drowns in its own self-importance, which it could have so easily done. Titanic Rising is a masterful album from a prodigious talent. 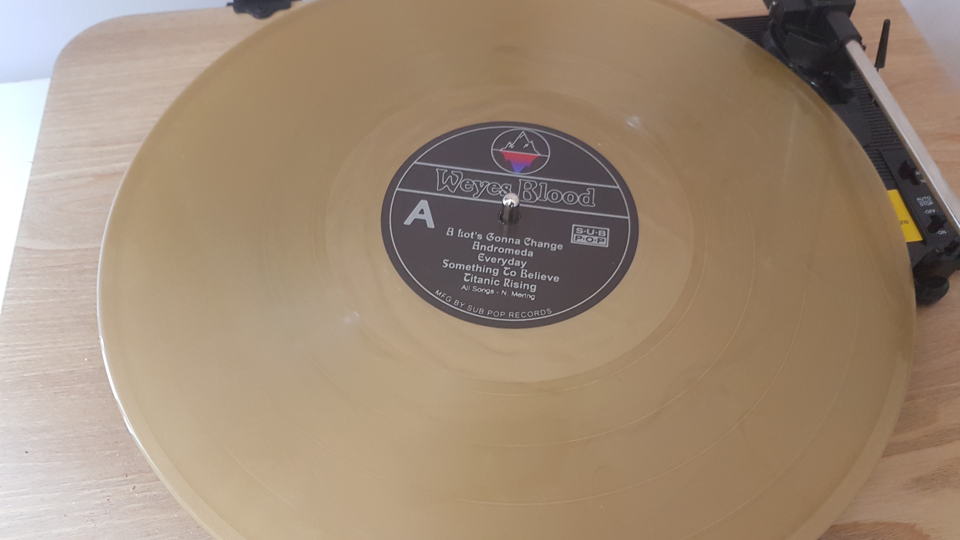 As mentioned in my previous review, I am trying to buy all my recommendations of vinyl. My copy of Titanic Rising is a limited gold vinyl pressing distributed via Rough Trade that came with an exclusive CD of live tracks that I have not listened to yet.

Such a dramatic sounding album deserves a dramatic wine. I’m thinking Hermitage, perhaps the 1991 from Jean-Louis Chave that I have always enjoyed. Yeah, that’s dramatic enough.